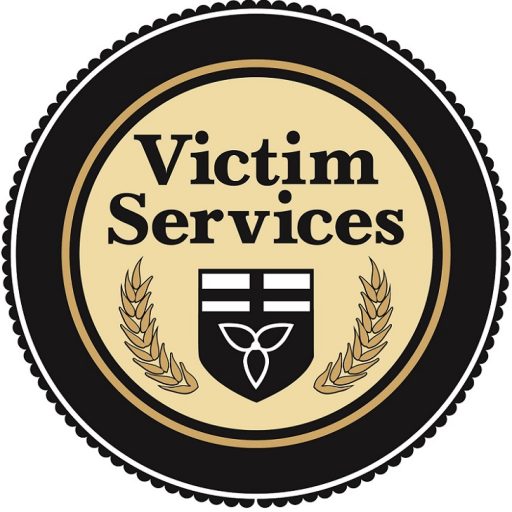 New legislation and amendments to existing legislation will build on the Ontario’s $307 million Anti-Human Trafficking Strategy, 2020-2025, the province announced this month. It’s great that the government is trying to step up and protect victims, said Jessica Summers, programming/anti-human trafficking co-ordinator with Manitoulin and North Shore Victim Services. “Raising awareness and protecting victims is the main goal,” she said. “Early intervention is great as is supporting survivors.”

There are indeed survivors from the Manitoulin and North Shore area, Ms. Summers confirmed. “People on Manitoulin Island and the North Shore don’t really believe it, but we’re located in between Sudbury and Sault Ste. Marie, which are two big hot spots for human trafficking.” There is also an increased opportunity for human sex traffickers as Manitoulin is a tourist area with a population that doubles in the summer. It’s less common here than in larger urban areas. Ontario itself is a hot spot for human trafficking in Canada. Over two-thirds of reported incidents between 2009 and 2019 were reported in Ontario and 90 percent of those were reported in metropolitan areas.

Ms. Summers has been at her role with Victim Services for just over a year. The position itself was created prior to her employment because the Ministry had seen a need across all Victim Services for enhanced services for human trafficking assistance, she said. There was also an existing anti-human trafficking coalition when she accepted the role. “It’s called the Manitoulin and Area Coalition to End Human Trafficking,” she explained. “It’s a collaborative, community agency based network. We advocate to prevent and identify sexual exploitation and enforced labour as well as create awareness and educate the public.”

As current chair of the coalition, Ms. Summers’ main role is to provide education to other organizations. “We’re having those conversations through our coalition or using social media to get the word out that human trafficking can happen to anybody. This tragedy could happen to anybody’s son or daughter. It can happen at any age.”

The vast majority, 97 percent, of police reported human trafficking victims are women and girls, Ms. Summers said. “Four out of five people accused of human trafficking since 2009 have been men; however, there are female pimps. The average age of luring (into sex trafficking) is 13 years old. People think they must have all these risk factors but it can happen to anybody. Being in the community that we are, Indigenous women and girls and the LGBTQ community are overrepresented.”

Addiction can play a huge factor in that, she added. Someone won’t realize they’re running up a debt they won’t be able to pay. “They’re told if they have sex with someone they won’t owe the money anymore.” Female pimps will use friendships and peer pressure. “They make you feel you want to do it and then it just snowballs out of control,” she said.

“One of the biggest fears for us on the Island and the North Shore is there is no college or university here so our youth have to go away to attend school. That might be the first time they’re ever on their own,” Ms. Summers said. “That’s why we want people to be aware of the dangers of being lured into human trafficking. It’s kind of hard for college kids to make ends meet sometime so it can start with just that lack of money. It’s scary.”

There’s a greater fear if the school is in Toronto, where human trafficking numbers are high. Much of the sex trafficking in Ontario is happening on our 400 series highways. “It could be men or women who are lured in. They’ll be moved from hotel to hotel, being sold to different people who are buying sex along that highway,” she said. “We’re actually reaching out to hotels in our local area to provide them with more information and posters they can display so victims are aware they can call and get that support they really need.”

How and when police services can access information from hotel guest registers to help deter trafficking and identify and locate victims is clarified under the new legislation which includes two new acts: the Anti-Human Trafficking Strategy Act, 2021 and the Accommodation Sector Registration of Guests Act, 2021. It also includes amendments to the Child, Youth and Family Services Act, 2017 and the Prevention of and Remedies for Human Trafficking Act, 2017.

Key actions including increasing awareness, supporting more survivors and those that support them in obtaining restraining orders with specific consideration for Indigenous survivors, strengthening the ability of children’s aid societies and law enforcement to protect exploited children, and increasing penalties for persons, including traffickers, who interfere with a child in care.

“They’ve started doing more training at Ontario Police College, training front line officers that maybe would get those calls before a social service would,” said Ms. Summers. “Continuing to educate and putting prevention efforts into curriculum for school children and youth needs to be done. If we can get education to those individuals to build more self esteem, more confidence, making them aware they’re allowed to make decisions for themselves and just telling them what it is. A lot of people don’t know what human trafficking is, either sex trafficking or labour trafficking. It’s important to push education and awareness so it will become a community collaboration to come together and support people and hopefully lower the cases of human trafficking.”

One sign that a child is being lured is a change in friends, she said. “Maybe your child has a new friend that is a bit older. Maybe they’re getting their hair done a lot, or their makeup and nails are done every day and they have new clothes. They’re getting money from somewhere.”

You might notice a friend is calling you from different hotels. Do they have a lack of personal possessions? That’s a sign of not living in a stable situation. Sometimes there is physical abuse, she added. “It could be bruises at different stages of healing. That’s a flag for different stages of abuse. Another red flag is the use of tattoos as a form of branding.”

Staying in a lot of hotels is also an indicator for law enforcement, Ms. Summers said. “Does the person know their own address or where they are? Do they stay in a lot of hotels? Do they have their ID? That’s a red flag for sure. Who has their ID? Do they know this person? Does it appear someone is being coached in what to say? Are they being told to lie? They could be told to lie about the person they’re with. Maybe it’s their pimp and they say it’s their boyfriend. It’s often hard to decipher the truth from a lie.”

“Victims are often very scared and can’t leave because the trafficker has threatened their life, their families lives or their pets. It’s not just fear of safety, though. Other barriers include a lack of resources, discrimination and judgement. We want to put the word out that we’re here to help. We are non-judgemental and we understand that it’s very difficult to go through such a traumatic experience so we’ll be there every step of the way with everything you might need.”

If you suspect someone is at risk or is being trafficked, you can reach out to any community agency such as Victim Services. “We would talk to them and they can give a statement to police if they want. They may want to talk with somebody at a community agency and then go with them to report the crime to the police later. At this moment, they’re probably very scared. They probably haven’t slept, haven’t eaten and have been wearing the same clothes for a couple days. They don’t have any money,” Ms. Summers said. It’s important to meet them where they area and create a safe space for them until they’re ready to move forward, she said. It could take up to a year for these people to be stabilized and ready to head back into society and get a job. We don’t want to rush it and risk them going back to what is comfortable for them, which is sex trafficking.

There are programs that can be accessed for victims, such as the Victim Quick Response Program. There is also a hotline run by the Centre to End Human Trafficking that has both persons with lived experience and trained staff to offer help and support. Contact the national hotline at 1-833-900-1010, Victim Services at 1-866-392-7733 and always call 9-1-1 in an emergency.